Goal Setting: A Shift in Perspective 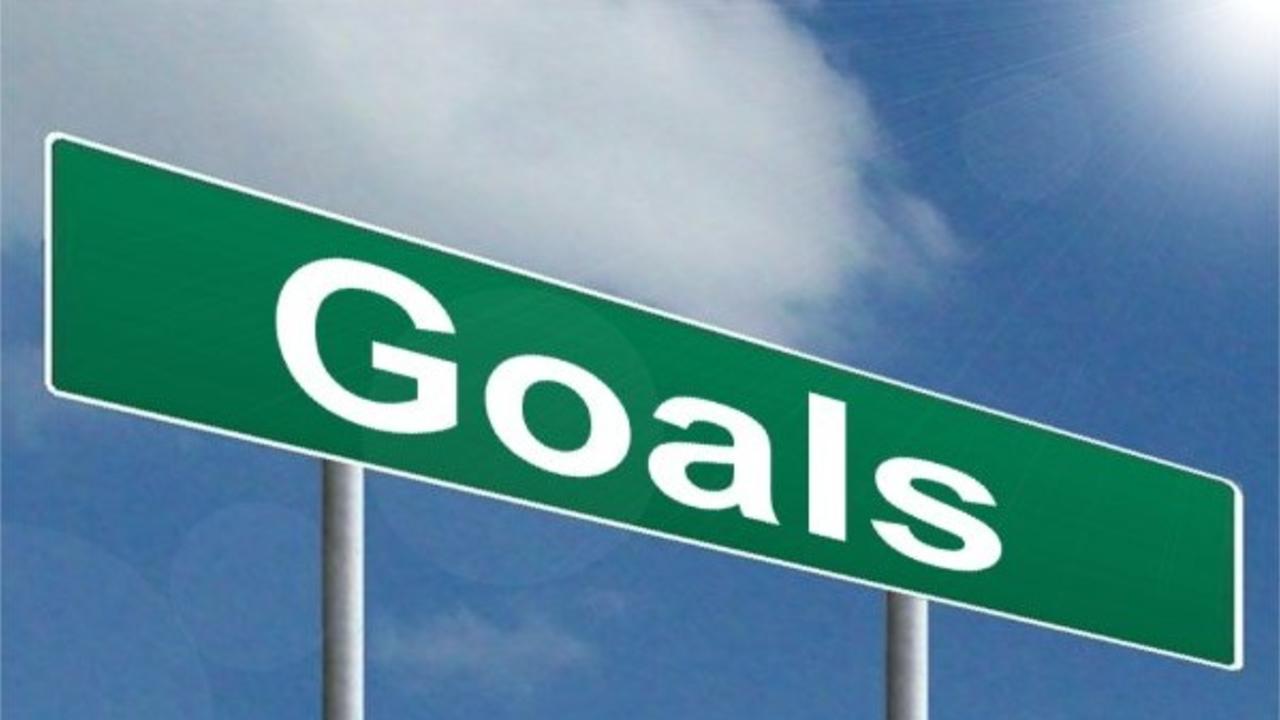 You’ve done it! You set that big goal. Whether you’re new to Get Glutes, a seasoned veteran, or just sniffing around the see what we’re all about you’ve probably come to us with a goal in mind.

That goal might be to tick a few pounds off the ol’ scale, add some weight to your deadlift, or GROW SOME F***ING BIG A** GLUTES! Regardless of your reason for pumping the iron your goal likely has a finish line ahead.

The diet and fitness world is filled with advertisements that read something like:

Do you see a pattern here? They are selling you on a possible outcome if you buy their product or try their system. The operative word being possible. So what’s in an outcome anyway?

The outcome of your goal is the main objective that you hope to achieve. That’s the beautiful finish line you can see in the not so far distance. So you set on this fitness journey and start striding toward that outcome. Depending on your body’s response to training, how consistent you are, and some old-fashioned genetics that outcome might come sooner, or later or not at all.

Regardless, it’s a means to an end. It’s arbitrary at best and it does not lead to lasting changes that you can carry with you through the rest of your life. The rest of my life??? But I just want to look good for my vacation in two months!

Rather than focusing on short-term goals that you really have no control over focus on changing behaviors to help you reach your goals. Really, you can’t predict your life or the response your body will give you. But you can predict whether or not you will show up to that new fitness class or you will pack your own lunch rather than meeting the gals from the office at Wendy’s for the third time this month.

Changing your negative behaviors into positive ones will help you achieve your health and fitness goals far faster than chasing a possible outcome. Think about this: would it be easier for you to drop 5 pounds by next Friday or to workout at least twice in the next week?

Ah, see the difference? The first option (the outcome goal) you have no control over. Well, unless you stopped eating for a week. The second one you have complete control over even when life gets crazy.

The trick to modifying behaviors that improve your relationship with fitness and nutrition is to work in steps. You may have several things that you need to change to reach that overarching goal, but you don’t have to do them all at once. In fact, I advise against that. This could lead to even more frustration and hopelessness.

Here’s our example member Bess. She joined Get Glutes after not exercising for six months. She used to be really into fitness, but got off track after she married her amazing husband and started her corporate job. Bess and her husband spend the weekend entertaining friends, going to concerts, and traveling to local destinations. She also goes to a lot of weekly office luncheons and works late nights twice a week where she and her colleagues order out.

Bess has her work cut out for her. She signs into her first workout ready to kick ass and lose 30 pounds—like tomorrow. Reading Bess’s story you realize that there are several behavior modifications that she needs to work on in order to achieve this outcome.

• She probably drink alcohol and eats out often on the weekends

• She eats out often at work both at lunch and dinner

• She spends a lot of time sitting all day

Bess might wake up on Day 1 of Get Glutes to tell her husband, “Honey, I’m packing my lunch and dinner, I’m not doing anything fun on the weekends, and I’m doing all seven workouts on Get Glutes every week.” She feels triumphant and she jogs in place at the bathroom sink.

“Starting today!” Bess cries out. “Well, after my coffee meeting with Carol. I already have that scheduled. And lunch at work is catered by Chipotle today. We don’t have any groceries anyway. I also have to work late again, so I probably won’t work out until tomorrow.”

See where this is going? It’s a rather self-defeating quest.

Instead of going cold turkey, the best thing for Bess to do in this situation is pick a goal this week. Then pick a new goal next week and the next. It can be a combination of goals, but it doesn’t have to be the whole kit and caboodle.

Bess decides she’s going to do workout 1 and 2 this week from the program and she’s going to go shopping tomorrow so she can pack her lunch three times. That’s doable. She achieves this in the first week. She’s feeling accomplished. The next week she declines dinner reservations and she grills fish at home with her husband-- another checkmark on the winning side of her goal list.

Now she’s on a role and she’s moving toward that 30 pound weight loss goal without making it her primary focus. These behavior modifications are something that can last a lifetime, which truly should be your goal when it comes to improving your health.

Here’s Your Plan of Action

Your goal is to create those sustainable lifestyle changes that don’t impede on the life you want to live, but enhance it.

•Start with one behavior modification. It can be a pair of changes but don’t make it too big.

• Use the SMART approach: Specific, Measureable, Achievable, Relevant, and Time-Sensitive

• Challenge yourself to do something bigger and better when you reach a small goal.

Don’t shrug it off and think, “But I still have so far to go.” The small things matter most.

• Be okay with the fact that your outcome will not be what you originally planned. It’s probably going to be something even better!

Why Behaviors Matter Most

Sure, it feels good to lose 20 pounds or to get compliments in that pair of shorts you never thought you’d wear again. But how you got to that place will truly determine your happiness. If you crash dieted or spent two hours a day 7 days a week in the gym for two months—basically killing yourself on the inside—then you aren’t going to feel as proud or rewarded if those old behaviors are still present.

It’s really no fun looking good on the outside and feeling miserable on the inside. Eventually you will fall back into old patterns if you never changed bad behaviors. That’s where the term yo-yo dieting comes from.

Behavior modifications also teach you how to hold onto things that are dear to you while letting go of behaviors that you really don’t care about. Quitting fast food might mean that you can hold onto those big family dinners or holiday treats that you cherish so much. Sticking to an exercise plan might mean that you get your Friday night movie night with popcorn and pizza with your husband still.

It’s all about creating a lifestyle that works for you while improving your health and happiness. It takes some work, some trial and error, but in the end what you learn about yourself will be lessons that carry with you for the long haul.