Why You Need to Sleep More and Worry Less 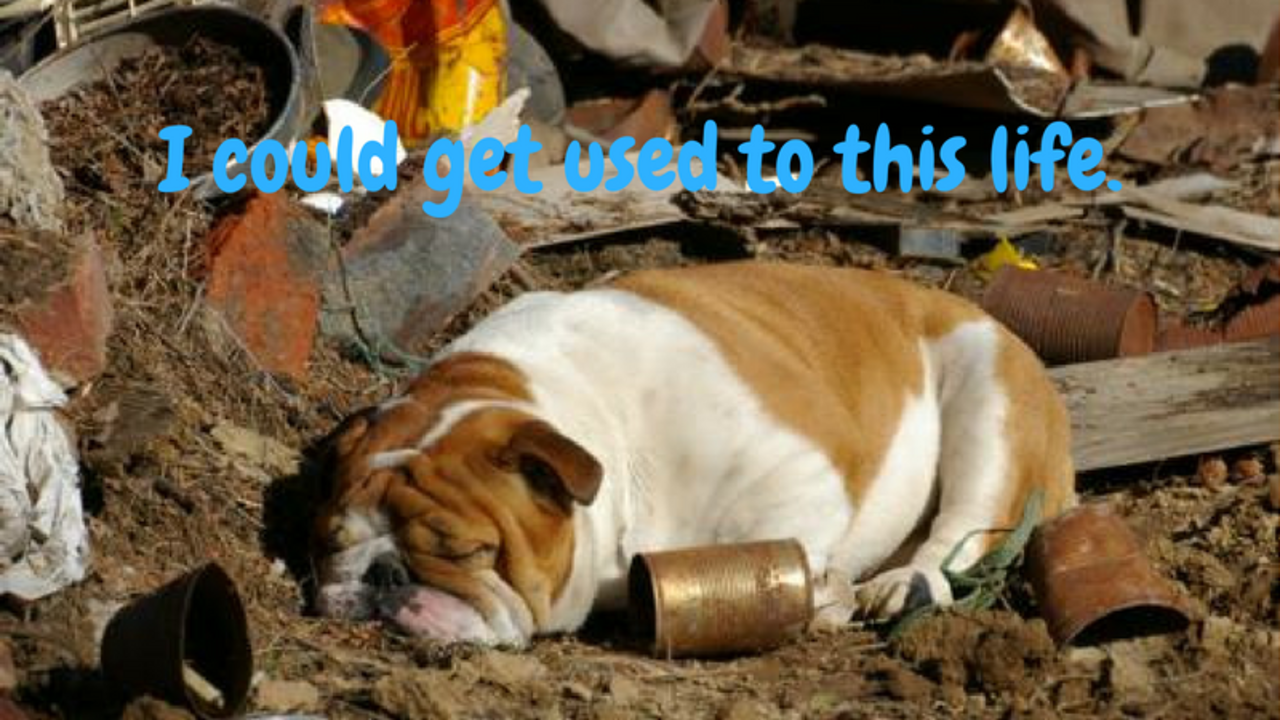 It seems like everyone’s mantra these days is “Hustle” or “I’ll sleep when I’m dead.”

I can say GUILTY AS CHARGED in recent years after powering through grad school at lightning speed, re-launching my website (twice in one year) and putting out a new product while working on a second one.

Some nights I would fall asleep around 1AM and jolt out of bed at 4 the same morning because my brain was telling me I had this big to-do list. The list was withering away in my pocket, on the verge of evaporating, which meant my entire life was meaningless because I didn’t accomplish the 75 things I planned on doing.

The success clock was ticking. It drove my every move and I was hungry to be all things to all people.

Soon I became the snarling, rabid junkyard dog you see in every coming of age movie. The slightest wrong move by anyone in my life set alarms off in my head. My teeth gnashed as I foamed at the mouth.

Hmmm… Wonder why no one wants to snuggle me before bed.

We are always reading about successful people who sleep very little. And it’s true that an infinitesimal percentage of the world (like about 1% of the global population) sit among the sleep elite—which means they are highly functioning on very minimal sleep.

And it’s nice to think that we are indeed among that elite. Who doesn’t want to wear that crown?

After all De Vinci painted the Mona Lisa on two hours of sleep a day broken into 15-minute increments. Thomas Edison claimed sleep was a waste of time.

I want to be rubbing elbows with those guys.

Then again, designing workout programs and coaching clients isn’t exactly on the same shelf as, oh say, inventing the motion picture camera or the electric light bulb. Close, but not quite.

And if we look at presidents in recent years, we can kind of see what lack of sleep does to the human body. I swear Obama had a nice head of black hair and was a rather dapper young gentleman not too long ago. He’s aged about 25 years in the past eight. That man sleep 4 hours a night.

So, if we’re not painting timeless masterpieces in our studios or coming up with innovations in our lab that will change all of humanity as we know it…

Then why are we walking around like a bunch of sleepless zombies?

I posed this question to myself a few months back and had no clear answer.

Did getting less sleep make me more productive? Perhaps at first, but after a while my brain was a bit mushy and a large percentage of my time was spent staring at a wall.

The wall was not giving me the answers I needed. We did not bond like I’d hoped.

Did getting less sleep make me a better human? Not exactly. At first I was peppy and energized. Not sleeping is great. I have more hours in my day. I can get more things done. I feel refreshed… I want to eat my children. I hate everything that is breathing, blinking, or has eyeballs that can peer in my direction.

Stop looking at me. Stop breathing.

If less sleep wasn’t getting me anywhere, what was my goal?

I didn’t know, so I changed that habit.

I started going to bed earlier. I aimed for that coveted 7 hours a night.

It was rough at first. My body rejected it. My brain refused to shut off.

My brain became that incessant three-year old who was full of "why" questions. But not the adorable kind with curly pigtails and a freckly nose.

For the love of Christmas. Just stop talking, brain!

It felt dire. I was on the verge of collapse.

Then suddenly it happened.

Soon I was in the habit of getting enough sleep every night regardless of my agenda.

It didn’t matter if I wanted to send out one final email or I was in the middle of a hilarious texting convo, or I just had to finish one last episode of Quantico.

My brain shut off and I fell into a deep rested state and stayed there until the next morning at 6AM. I felt at peace I felt like I could take on any challenge my day brought.

Most importantly, I wasn’t really missing all the stuff I felt like I was missing when I wasted time sleeping. Life still went on and I was a fully coherent participant.

Beautiful things happen to our bodies when we sleep. We all know that, but because we aren’t consciously aware of what’s going on we tend to ignore the importance of the process.

It's not getting glute pump or giving out tickets to the gun show.

This awesome infographic originally published on Huffington Post seamlessly details exactly what happens during the sleep cycle and why it’s so crucial for our bodies.

Especially those of us who love fitness. You wouldn’t be here if you didn’t love fitness, right?

I encourage you to download this infographic and keep it somewhere that you see it often. So next time you attempt to pull an all-nighter or decide to skip out on some z’s, you can be reminded why that’s not such a good idea.

After all, Einstein slept a reported 10 hours a day. Not a luxury that we can all afford, but I’d say he was doing all right.